CodiTramuntana is responsible of the development of the official mobile apps of Sitges Film Festival, mainly because of our experience when creating apps specially designed for events, festivals and congresses; also because of our specialty: custom developments.

Some examples of these apps are the ones developed for the last two editions of Sónar Festival, Congreso Nacional de Administradores de Fincas (CNAF), Congrés d’Arxivers de Catalunya and Diada de les Telecomunicacions.

Given that specialization, CodiTramuntana has developed their own product called SuitEvent, a project that allows you to have a mobile app for both tablets and Android and iOS smartphones with your corporate image and the content of the event. All attendees will be able to have the most up-to-date, digitalized and shared information on their devices, with the plus of receiving more content related to the festival pre-festival, in-festival and post-festival.

The 48th edition of the International Fantastic Film Festival of Catalonia will be held from 9th to 18th October in Sitges.

Since its first edition as the 1st Week of International Fantastic and Horror Cinema in 1968, it has become a benchmark for film buffs and viewers that wanted to see the latest trends and technologies applied to the cinema and audiovisual production. On their last editions, more than 50,000 assistants have been able to enjoy both their projections and their side activities.

You will find more information on the official website of Sitges Film Festival. 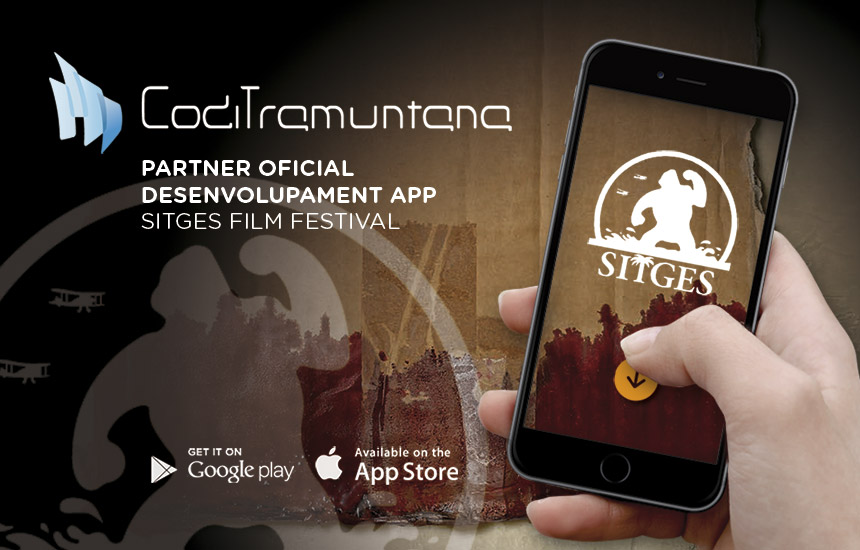