One of the most popular town halls' participatory activities is participatory budgets, which are a direct participation mechanism that allows citizens to influence or decide on public budgets through a process of citizen participation.

A participatory budget process can be carried out with different degrees of participation. Whether it be with a process of voting on a number of projects, whether it be the citizens who put forward the proposals that subsequently become drafts for voting.

The decision-making platform enables the development of a participatory budget process from start to end. This can be done by combining two of the decided components: Proposals and budgets.

Proposals
It allows users to submit their proposals, as the name itself indicates. With this component you can also collect support or votes on the proposals, which can serve the organization of the process to see which proposals are the most widely accepted among the participants in the process. It also has the option of evaluating the proposals. That is, who organises the process, at the prioritisation stage, can determine up to three different states to the proposals: in evaluation, accepted and rejected.

Once the proposals have been submitted and evaluated by the organization and coordination of the process, a new stage with a new component is initiated: Budgets.

Budgets
It allows the accepted proposals in the proposals component to be imported into the Budget component and converted into projects. A general budget is allocated to the whole component, which is the maximum amount of money that can be shared between several projects. Likewise, each project has its own cost assigned. In this way, participants can vote on several projects. 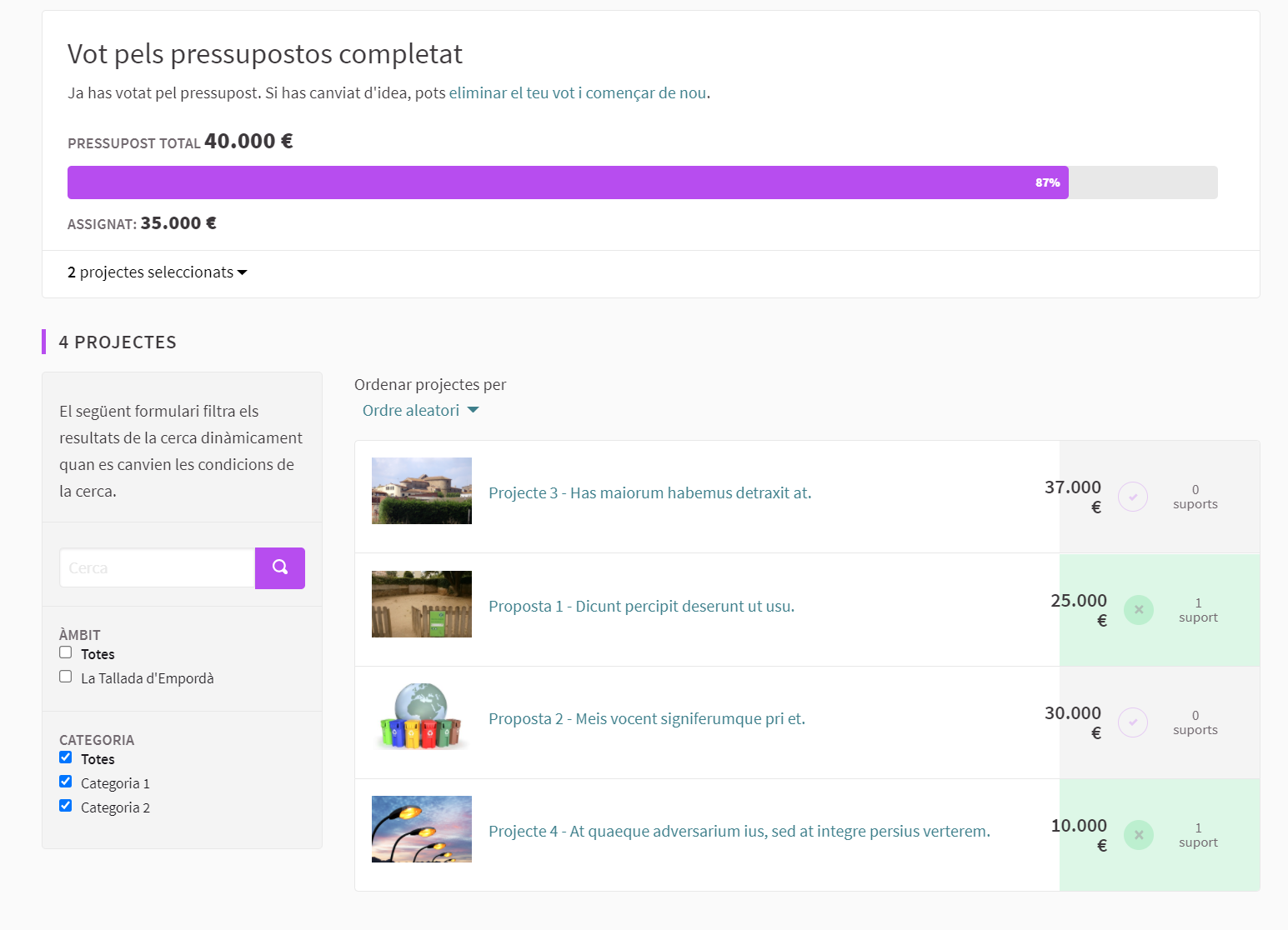