Microsoft has surprised us again with an expected contribution. A big step and an even bigger improvement when it comes to app development and integration on different devices: Windows Universal. But we need some background first.

Summing up the current worldwide situation, we can confirm that the great dominant monster of mobile market share is Android, with more than 80% of active devices. Next comes Apple, ranging between 10% and 15% in recent years. And Windows, with its bold Metro interface has been left behind and now is below 3%.

This situation is a picture that can vary substantially in the coming years thanks to Windows 10 and its new concept of applications: Windows Universal.

Invention arises from need. Microsoft is focusing, now for real, on a model of innovative and logical development which determines that interface programming has to be adaptable to any device, or rather, to any screen size.

This idea has long been investigated. In fact, Windows 7 incorporated adaptive applications using Xaml (Extensible Application Markup Language), also called “Windows Presentation Fundation Applications” (WPF), but its implementation had been marked by the typical windowing system to which we are all accustomed.

The launch of such a responsive application has been preparing for years. The breakthrough goes back to the change from Windows Forms to WPF. Until then, the first and great progress in the process was to incorporate a long list of new controls to the hierarchical model. If we compare the hierarchies of Windows Forms and WPF we will see the great change and scalability the new model allows. 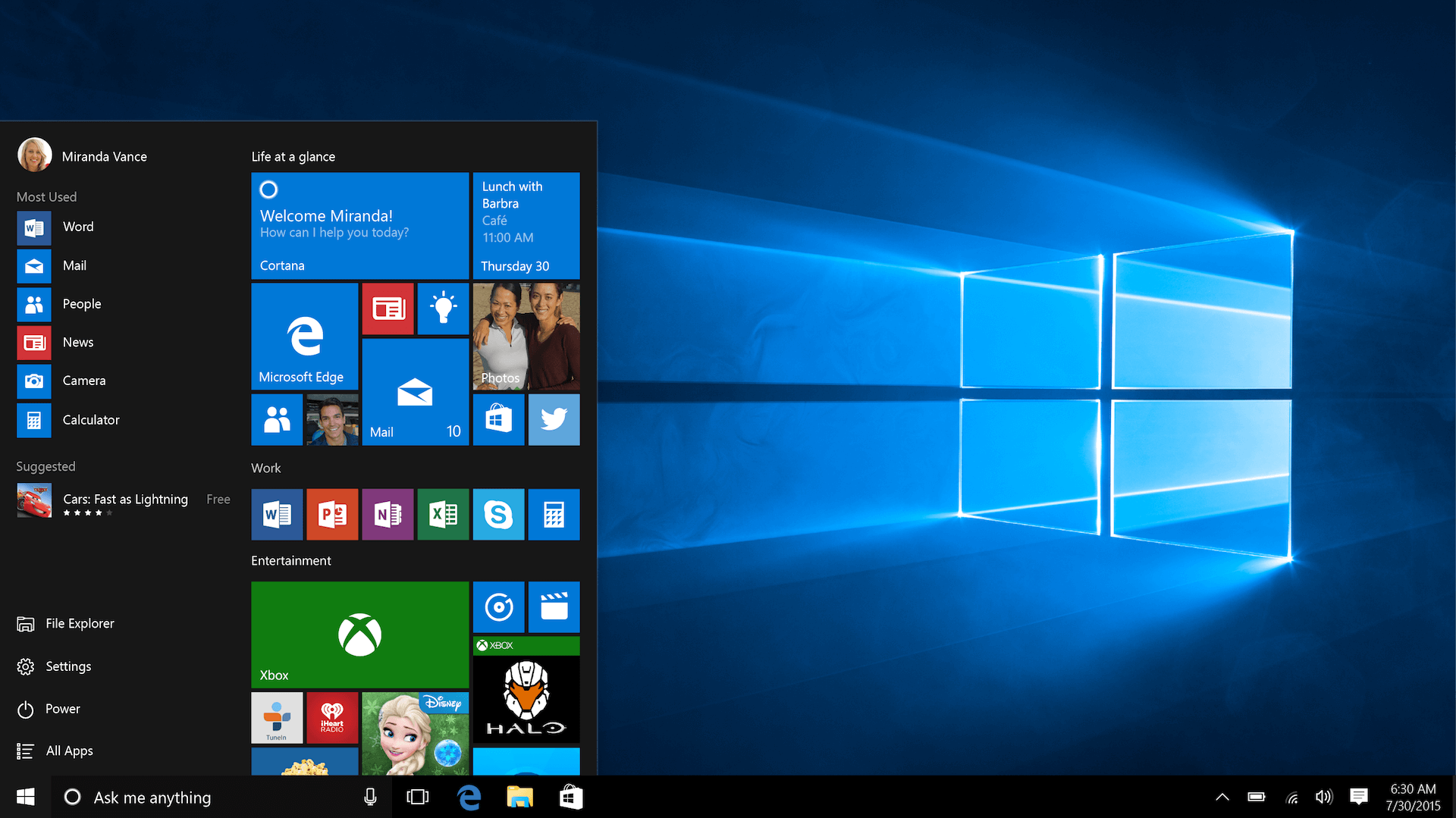 This new incorporation allowed developers to deepen even more into control creation, something that boosted the adaptability of language to the new UI/UX trends through Xaml. Currently, the hierarchical model incorporates a suite of events for all controls that inherit from UIElement and capture the digital interaction of the user on the screen, enabling all kinds of manipulations such as Drag & Drop, Tap, Manipulations or Touch, without losing the ones that the mouse allows.

While the race for embedded applications for different devices was led by Android and Apple, Windows experienced in the shade. Xbox lovers smelled something with the new Metro interface presented to us five years ago, on September 22, 2010 with the ‘New Xbox Experience’. While the two giants of integration with devices fought a battle in public showing off all the advances that they were able to generate, Windows deliberately and carefully planned the big jump.

The desktop version of Windows Universal (Windows 10) focus its breakthrough on the evolution to multi-desktop and the long waited Cortana. We see that the trend of Microsoft in this area has been to indiscriminately plagiarize its competition which has long since incorporated the multi-desktop and where Siri can already make jokes. Moreover, Windows 10 re-enters the home button with a new and improved interface that will attract former users of Windows 7.

The big jump, the jump that in my opinion is worth noting, is the integration with different devices of the same operating system.

This move has been long prepared: Xbox, WPF, Windows Phone with Nokia, Metro applications and, definitely, Windows Universal has achieved what others have not yet had time to think about. We literally speak of the same code on all three platforms. 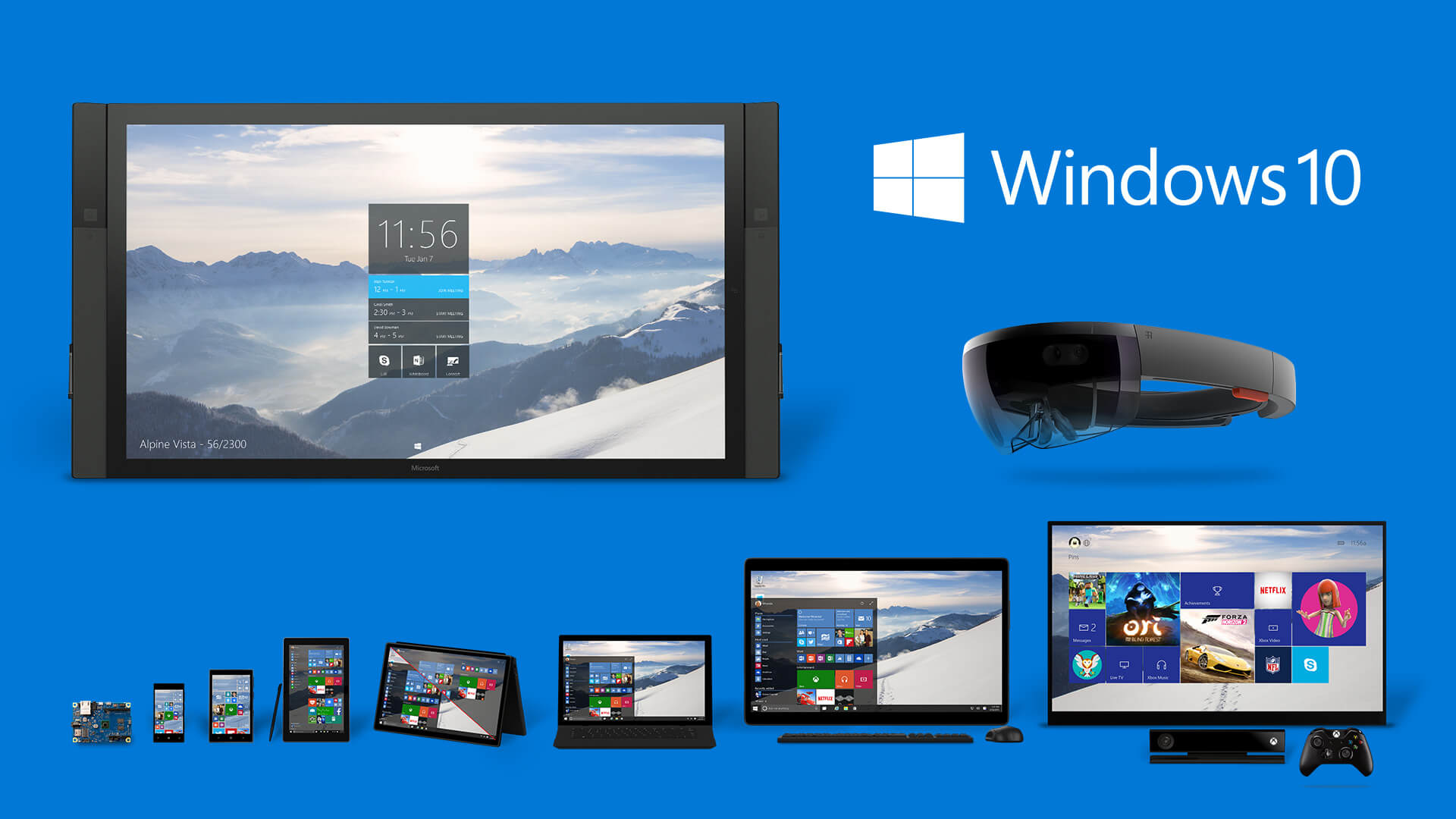 This makes that, when it comes to developers, its interface represents less work and allows a company to work with different devices and an only app, with one code for all its devices due to WinRT (Windows Runtime).

Windows allow us to work making direct use of WPF. Microsoft is comitted to separate design with Xaml and a new tool named Microsoft Expression Blend, which brings us to developing from a designers point of view. Or the functionality with C#, C++, Javascript or Visual Basic where we can still find the essential Windows IDE, Visual Studio.

Up until now, we have spoken of adaptation from big to small. Something that really impacted me when I watched Windows 10 demo was the concept of adapting from small to big. Actually, a mobile device can be equivalent to a computer. It even incorporates sensors, bluetooth adapters, cameras, a touch screen and much more that can improve the user performance and experience.

As everything is integrated in one code, it allows you to scale and connect your smartphone to a projector or a screen with higher resolution and display its content without a problem and take advantage of the features that the device provides. Joe Belfiore describes it as ‘the advantage to work on differents devices and take a one way experience’.

Besides, they make it easier for us (at last) by allowing us to update our Windows 7 or Windows 8/8.1 OS into Windows 10 for free, if the licence allows it. This is not something new, in fact, it is one of the great advantatges of an Apple user, though it’s good that they start from here.

In my humble opinion, Microsoft Lumia will climb positions rapidly. Mainly because Apple and Android are still quite away from this Jump. Another reason is that they are two consolidated companies and Windows it’s at a really weak position.

We will have to wait and see how long Windows takes to let other devices brands integrate its OS with the same flexibility as Google does. Then Windows will stop jumping and will finally land.